Hired by local restaurant in Brighton

Has a wife named Deb Mathis

FelixComplex K9 is a YouTube channel uploading various tapes and songs from The Showstoppers and the Ponzi's. They have uploaded tracks from The Showstoppers prior to Anthony uploading the albums. The have been active in The Walten Files Discord previously, posting audio of the Ponzi's, images of tapes, and other information. Their name is William Godley and they were born in 1952. They previously had misremembered this, stating that they were named Ronnie Felix Bourgeoisie and were born in 1969.

Among the things they had posted in the Discord was code in base 64 that led to a Google Documents link filled with information about The Ponzi's. The document is archived by the Brighton Library, and the file is named "ARTICLE #412 11/10/81". According to the information within this article, William Godley, Deb Mathis, and Alice McGrant had formed The Ponzi's in 1967.[1] The group was hired by a local businessman to record for a restaurant, leading them to be entangled with the unsolved mystery of "The Walten Files." While leaving a recording session for the restaurant, it is reported that he was brutally attacked by thieves, possibly leading to a "severe anxious fit," followed by what the doctors report as "indefinite amnesia."

With the recent release of "Ponzi's - Please Please Me (1983 Session)" it may be possible William knows more than hes currently letting on, and remembering things as he posts more of his songs. This song in particular having a peculiar bit of audio we can assume is a conversation between he and another person. If not a conversation between another band member and this person.

Here is a list of the tracks he has uploaded:

In The Walten Files Discord, he uploaded this audio:

Later, in the same Discord, he uploaded this audio named "rivermusic.mp3:"

"Really great song. I spent a while trying to find this one on youtube, to no avail. These were made for a burger joint in Michigan, can't remember the name for the life of me, but here it is. I have a couple more of these which I'll be uploading."

The Showstoppers - Too Bad

"This ones a cover of a Doug and The Slugs song, which is weird considering the label it's on Private Stock supposedly went defunct in 78 while Too Bad cam out in 80, oh we'll, its another one from The Showstoppers, asked my wife about them and she says the burger joint was called "Bon's Burgers", don't know if there's any more of these out there but I'll see."

"Another Showstoppers, this one original, probably their best in my opinion."

"I bought the 45 of this song along with other singles that I've uploaded, as well as their LP, however as I said I sold it long ago, and sold the only tape I had to a kind gentleman."

"A warning that this demo mentions Heaven which obviously is a religious topic, so if any of you are affected by that stuff please be warned. I don't really remember where I found this one, I had an incident yesterday while I was gardening and I passed out for a bit, I woke to find this song on the end of my Bon's Burgers Tape."

"A track from the LOST ALBUM that was supposed to be put out by 1982, yet never happened. From the quality I believe I might've recorded this off of a radio station, or even possibly from a tape of the album itself, if you can't already tell it's a cover of Badfinger's Baby Blue."

"A track from a popular local garage band that was put out on our local label Breezy Records on April 15th 1969. It's a little retro with the vocals, but the arrangement with strings and acoustic guitar made it sound a little more modern than Del Shannon's 1969 version. My friend was the trumpet player on this track. He still won't shut up about it!"

"I wouldn't call this a cover as much a recreation, it seems at though their lead must've taken a liking to Velvet Underground XD. Hope you all enjoy this one from my personal collection."

"Can't for sure tell you where this venue was but I can say that this is from around 1972."

"The tape this was found on is newer, so I have no way of telling you where the original is. This is a demo of a song which as far as I am considered was never released, this was probably recorded for the Ponzi's debut album "American Dream" however I have no way of confirming this. Shame it never got released, could've been a hit in my eyes."

"Another track from the master tape."

"Finally found the cover for the first Ponzi's album! This track is from the master for said album, it's a cover of The Beatles' Across The Universe. Pay attention to the Mini Moog that was multi-tracked to make a faux-string sound."

The Showstoppers - I Wanna Be Your Boyfriend (BSI Records Promo)

"Found in the stack of recordings I found, this appears to be a promo for a short lived record label!"

"The 1972 debut album from the Ponzi's is now archived for all to listen to! This is ripped straight from the original master that I found."

"The last session the Ponzi's recorded for Bunny Smiles INC."

"My 5 favorite bands! In no particular order."

"Sorry for the stock image of a cassette tape, my scanner broke. This is the tape that we recorded and sent to the Bon's Burgers guys. They were holding auditions for which group they wanted to record the music for the band. We through this demo together in one night with a 4-track TEAC reel to reel in my basement. Thankfully we passed and they let us record two albums with them. The first album was a flop in my eyes, we had no control over the sound as the folks who owned the restaurant wanted it to fit their specific sound. They even picked out the songs for us and we had little to no time to audition! With only a week to record it, it was a sloppy, uncontrolled mess of an album. Thankfully they gave us more control on the second (although it never saw the light of day). This tape (although rough) is very special to me, as it was my first time producing a semi-proper recording. I hope Sweet forgives me for my butchering of the vocals, haha!" 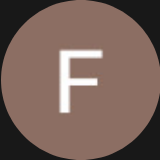 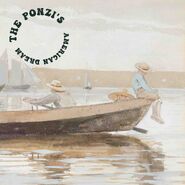 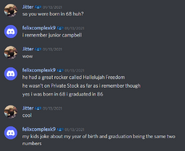 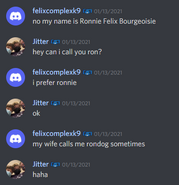 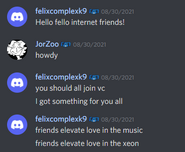 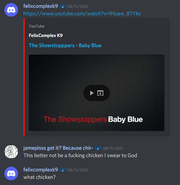 When translated from base 64, it reads "https://docs.google.com/document/d/1fir9PXPBm9k0a6KYRZ5susUeaROTSyFg8HVCPHcg-nM/edit" 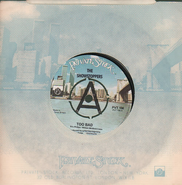 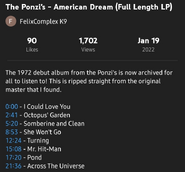 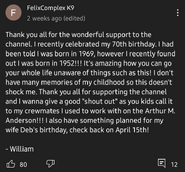