Company Introductory Tape is the first episode and pilot for The Walten Files. It is a compilation of three tapes about Bon's Burgers.

Tape 1:
This is a compilation of Tapes created by the already extinct Bunny Smiles Company
I tried to get as much info as I could about what these tapes are, all I could find was that these tapes were handed to new employees back in 1974-1979 the rest of the tapes seem to be recorded by a new "Facility Caretaker" in the year 1982, Hopefully, I can find more tapes soon.
-AnthonyDescription of video

A message from the founders Felix Kranken and Jack Walten plays about their business's priority of their employees. The narrator announces that Bon's Burgers will open in a few weeks, but the tape glitches and cuts to an instructional image about the K-9 Storage Facility.

The second tape is an episode of a children's cartoon by Bunny Smiles Incorporated called "Bon's Super Sleepover". The narrator shows Bon preparing for his sleepover by reciting the guests he invited: Sha, Boozoo, and Billy. The narrator repeats the list again, but when they get to Billy, the image of Billy is replaced by Jack Walten. The cartoon seemingly turns back to normal as Bon's friends arrive at his house. However, Bon holds up a tape with Jack's face on it as the narrator's voice is muffled. As the friends watch the movie, the screen shows the text "let me out of here" before the image glitches out. Additionally, a bottle of pills with the name "Sophie Walten" written on it is sat next to the TV on the table.

The four friends are now in sleeping bags when Bon hears noises. He goes to investigate and finds a glitching missing poster of Jack Walten. He then picks up a lighter on the floor and uses it. The fourth time he turns on the lighter, his character is replaced with Sophie as an animatronic (likely Bon) stands behind them.

The last tape is a video recording by Brian Stells, a facility caretaker, driving through a dark forest to the K-9 Storage Facility. He explains that his company requires the recording for an archive of work history. When he enters the facility, he encounters a rusty and deactivated Bon animatronic. He uses the diagnosis control to move some of its joints to test its functionality. Bon starts moving on his own before he appears on screen with a white background. Human eyes are seen in the eyeholes and a dark liquid pours out of them. Brian runs in a forest screaming "WHAT WAS THAT THING" when a sound is heard. Bon comes in front of him with blood all over his face. The tape cuts to a shifting white mask, which appears to represent Bon's facial recognition trying to see Brian as Sophie, before Brian's corpse appears with the text "I can't feel anything" and "he thought I was her". Finally, his ID card appears on screen. 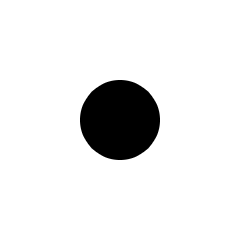 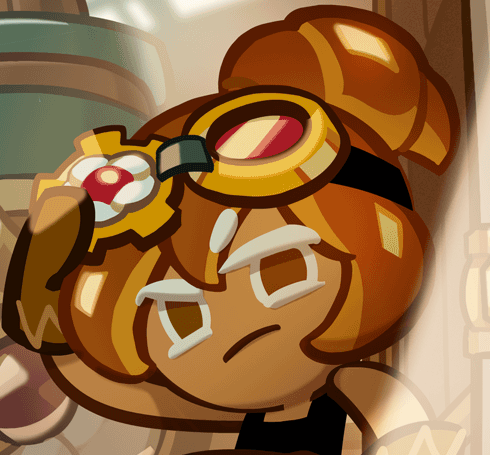 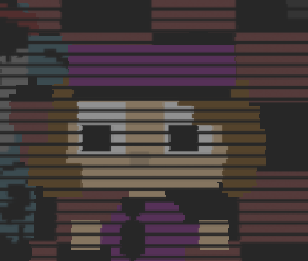