Billy is an animatronic in Bon's Burgers.

Billy is a clown-like animatronic that always has a crescent smile on their face. It has a red clown wig and wear a green jumpsuit with a small yellow 'coat' over it. It is never seen performing with the others showstoppers which might be due to the fact they may have their own special attraction. It have a classic clown nose seen on them as well. In the 4th tape of the Relocate Project, it has a special tape recorder in his stomach confirmed by Ashley Parks when examining them in the backdoors before being brutally slaughtered by Bon and stuffed inside Billy.

Its cartoon version has white pupils and no visible tape recorder.

Not much is known about Billy's personality, but from what is seen, it has the same energetic-friendly attitude as most other characters do. It has a somewhat silly attitude, likely due to it being a clown, referring to puzzles they needed help with as "Boozoo's Ridiculously Conplex Puzzles'' 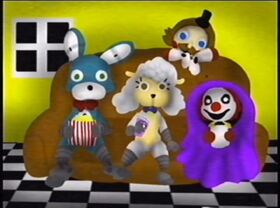 The cartoon Showstoppers (minus Banny) watching TV together. 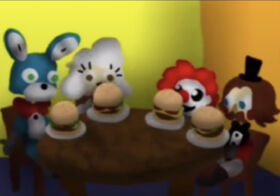 A unused scene of Billy having dinner with the other Showstoppers. 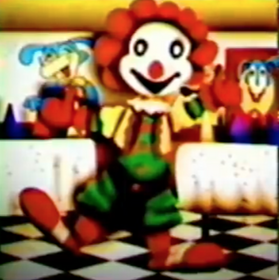 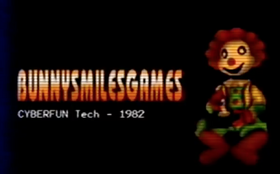 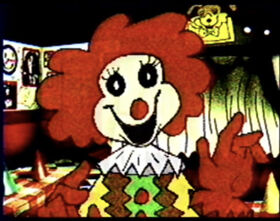 Billy's sprite in the beginning cutscene of BunnyFarm. 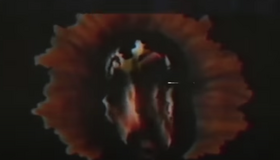 Ashley's body inside of Billy.

Billy from The Mysterious House.

Full Body of Billy in The Mysterious House. 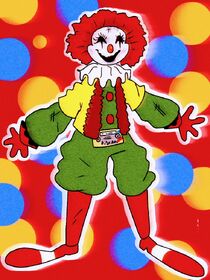 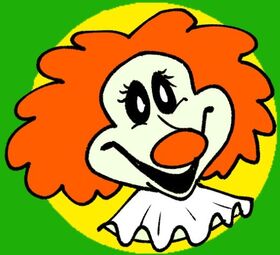 A drawing of Billy by Martin Walls. 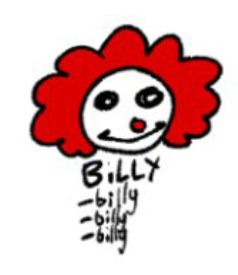 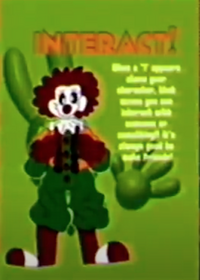 Billy on a hint screen from BunnyFarm. 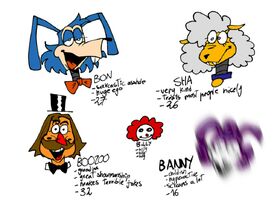